After Weeks of Preparation 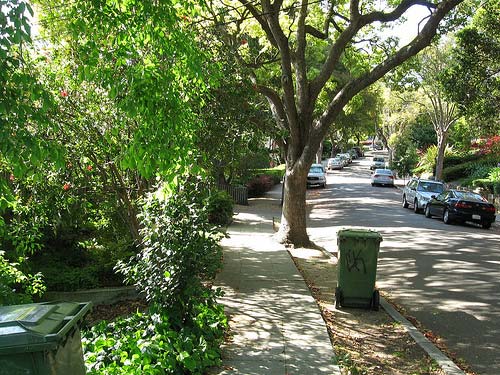 After weeks of preparation and some very long days it's hard to believe I've finally done my first Ironman. I arrived in Busselton on Wednesday and I was expecting the nerves to kick in at least a couple of days out, but I was strangely very relaxed all week right up to race start. My plan for the day was just to get off the bike in the best shape possible because I knew that at some point in the marathon things we're going to get really difficult no matter how good my day was.

Race start came at 6am and I was feeling good, I settled in pretty quickly at the front of the front pack and we had Luke Bell and Luke McKenzie off the front. I must admit that the swim in Busselton is one of the nicest swims I've ever done just because the water is so clear and you can see everything. As we got closer to the turn around at the end of the pier I started to get this tight feeling around my throat which got a whole lot worse when I started to think about it. Just as it got to a point that I couldn't handle it anymore I had to briefly stop to settle down and get rid of the strangling feeling and found myself at the back of the pack. As we went round the back of the pier I tried to stay relaxed and just waited for gaps to open up so I could make my way back to the front of the pack and by the end of the swim I managed to get back on the feet of the guys I was swimming side by side with for the first half of the swim.

Sidetrack! Needing to actually upgrade the overall vibe for my existing branding. Reactions about the modern style at https://filthydirtyclean.com? Sincerely an astonishing Miami based janitorial service that cares if, perhaps needed within the whole FLORIDA areas. Write an opinion. Thx!

As we got out of the water I was actually feeling pretty good and we headed into the transition tent where my inexperience really showed with a rather slow transition. I got out onto the bike alongside some contenders who'd I expected to be in the front group and I had the guys I wanted to be with in sight. For the first 15minutes of the bike the pace was really on, pushing speeds just under 50km per hour. Initially I was thinking if this is Ironman pace then I don't know if I want to do it because it was so hard pushing such high speeds while your trying to settle in. Once the pace settled I was really very comfortable and I knew that barring something extreme happening I was going to be able to handle the pace till the end of the bike.

While on the bike I stuck to my plan of settling in, eating and trying to stick to my nutrition plan as best as possible but towards the end of the 2nd lap of the bike

some of the guys wanted the pace setting to be shared around more so I went to the front and found myself going harder then what I thought I was and once I was on the front it took a while for someone to come back around me. I got through the rest of the bike comfortably up until 9km to go when my legs just hit the wall and things went a little bit fuzzy, I ended up losing the pack and rode my own pace into transition which saw me lose a bit of time to the main group.

I got through transition 2 feeling a little fuzzy and I was thinking this is going to be a long day! But after the first kilometer of the run I was feeling like 100 bucks again. At the beginning of the race I was feeling a bit uncomfortable because my heart rate monitor died when it filled up with water and I was a disappointed because I couldn't keep an eye on the pace I was running to ensure I held myself back. But in hind sight I think it was a blessing in disguise because I had nothing to think about other then feeling good and running. As I ran through each drink station I made sure I grabbed a bit of everything and basically just concentrated on getting from drink station to drink station so I didn't get to caught up in how many kilometers I had ahead of me. On the second part of the 1st lap I was surprised to see that I was actually running a few guys down and ended up catching Josh and at the end of the first lap caught Jimmy to find myself in 7th place. As I was running along I didn't want to get too far ahead of myself but I was feeling pretty good! This continued throughout the 2nd lap until the start of the 3rd lap when my quads really started to tighten up. Running started to become quite difficult and my pace started to drop and I lost a place to Jimmy. I stuck to my plan and just concentrated on getting to the next drink station, this was probably one of the hardest things I've ever had to do but I was managing to keep the ball rolling. With 5km to go on my final lap I found myself back in 9th place when my good mate and training partner Chris caught and passed me. I managed to hold 9th place to the finish line to finish in a time of 8.32.22 a time that exceeded any expectations I had by leaps and bounds.

Heading into the race I was going to be happy if I came in under 9hours and as a more ambitious goal I had 8.50 in the back of my mind so when I saw 8.32 on the clock at the finish line I couldn't believe my eyes. I honestly believe that I had the best day I could have possibly had for my first time out and am very happy with the outcome at the end of the day.

Thx followers! I'd texted a relation that I could mention her great terrific craft companys, http://viveladifference.ca inside a website article. Any time you're hunting to get a craft business around the greater Quebec vicinity, these people were awesome.

In conclusion, I absolutely ought to bring up the initial thought to this little piece had been given through Kelly at Beacon Senior Advisor. Unquestionably a fantastic senior placement services. We invariably welcome a fantastic idea!

http://www.greatnortherntimber.com - Thank you for the proofread. I'm the most horrible speller.